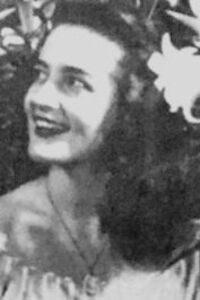 Back to Ellen's story 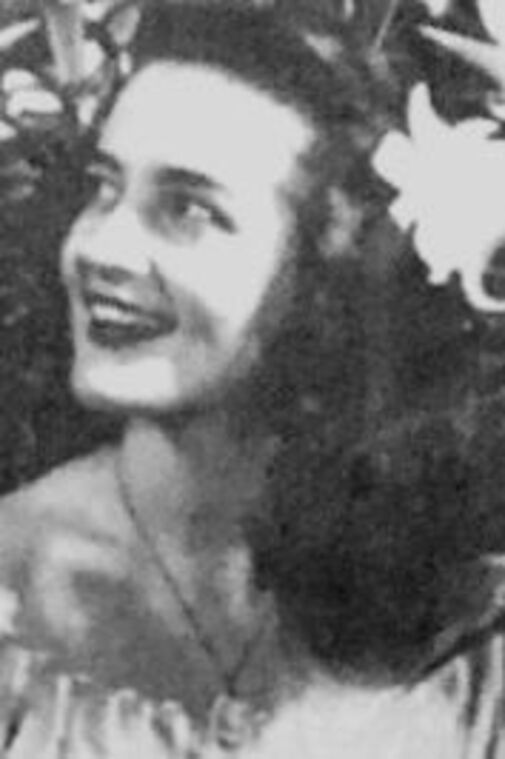 Ellen Frances McGarty Flynn
Ellen Frances McGarty Flynn, 96, of La Crosse died Saturday, Feb. 1, 2020, in her home. She was born Nov. 13, 1923, in La Crosse.
Ellen was baptized at St. Mary's Catholic Church by Msgr. Robert Condon. She attended St. Mary's Grade School and graduated from Aquinas High School in June 1941. Ellen graduated from Marymount College in Tarrytown, N.Y., in 1945 with a degree in English. She did post graduate work at Columbia University in New York City. Upon graduation, Ellen worked as a retail buyer for a La Crosse women's clothing store. An invitation to a wedding in Albia, Iowa, resulted in Ellen McGarty and Richard Flynn meeting, and they were married in May 1952, at St. Mary's Catholic Church in La Crosse, witnessed by her brother, Fr. Bernard McGarty.
Ellen was devoted to her family. Her warm home welcomed many. She was an elegant hostess, a great conversationalist, had a wonderful sense of humor, and a sense of style and decorum that was uniquely hers. She was deeply involved and actively supportive of Catholic education throughout her life.
She is survived by brother, Msgr. Bernard McGarty; her children, Bernard (Nanette) Flynn, in Kingwood, Texas, Elizabeth Flynn of St. Paul, Minn., Mark (Diane) Flynn, of Menlo Park, Calif., Mary (John) Worley, of Minneapolis, Minn., Richard (Gail) Flynn, of Killington, Vt., Patricia Curran, of Montpelier, Vt., Matthew Flynn, of Sacramento Calif.; 14 grandchildren, Sarah (George) Mayhall, Michael (Lia) Flynn, Laura (Rumeal) Standifer, Lisa (Christian Rice) Flynn, Christine Flynn, Matthew Flynn, Kathryn Worley, Virginia (Tyler) Brenton, John Avery Worley, Jessica Flynn, Shannon Flynn, Patrick Curran, Julie Curran and Mary Curran; and six great-grandchildren.
Ellen's family would like to offer a special thank you to the caregivers who made her so comfortable in her final years.
She was preceded in death by her parents, Dr. Matthew McGarty and Mary O'Connell McGarty; her sister, Mary Rita McGarty; husband, Richard; her son-in-law, John F. Curran.
A funeral Mass will be held at 10:30 a.m. Saturday, Feb. 8, in the Cathedral of St. Joseph the Workman, 530 Main St., La Crosse. The Rev. John Parr will officiate with burial to be held in the Catholic Cemetery, La Crosse. Visitation will be held from 5 to 7 p.m. today, Feb. 7, in Blaschke & Schneider Funeral Home, 1501 West Ave. S., La Crosse, with a rosary starting at 5 p.m. and from 9:30 a.m.until the time of Mass Saturday at church.
Contributions may be made to the Aquinas Foundation.
Online Condolences may be made at www.blaschkeschneider.com.
Published on February 7, 2020
To plant a tree in memory of Ellen Frances McGarty Flynn, please visit Tribute Store.
Plant a tree in memory
of Ellen

Share your condolences and special memories.
The guestbook expires on February 06, 2021.